Things are moving in Wales ! In the last year, first with Brexit and then the pandemic, we have witnessed a tremendous surge of English nationalism. Some English politicians have even gone to the extent of challenging the Welsh devolution and proposing the dissolution of the Senedd, which of course infuriated the Welsh and had a huge impact on public opinion throughout Wales.

In that period, the cross-party movement, « Yes Cymru » has seen the number of its members rise from about 2000 to 18 500. Opinion polls on the voting intentions show an estimated 32% in favour of independence, which in Wales is both new and absolutely amazing.

Taking all this into account and also because they believed « that the time was right to set out a constitution that encompassed what (they) believe are Wales’ values and principles », Dr Huw Evans, (academic at Cardiff Metropolitan University and former Welsh Government Lawyer who worked on the Government of Wales Act 1998, which instigated devolution for Wales), and Dr Alan Sandry, a Senior Lecturer in the School of Management, Swansea University, wrote the Proposed Welsh Constitution.

In the midst of the worldwide disruption caused by the pandemic, some argued that the project was irrelevant; the authors’ response was both simple and very efficient and should be a source of inspiration for all small nations : the pursuit of democracy is always relevant….

They make very clear that their work is not to be considered a finished text, set in stone, but on the contrary, a work in progress, whose goal is to promote and inform discussion on how an independent Wales could and should function.

Their other and very important goal is to help define and identify essential values and principles which are at the core of the PWC : « Sovereignty would rest with the Welsh people and State power and authority would be derived from that sovereign will » (art 1). Dr Alan Sandry, inspired by discussions with Daniel Turp, Quebec politician and lecturer in Law at the Montreal University, insists upon the fact that a constitution should be part of you, based upon values representing you as a people, not imposed upon you.

Their draft proposes to replace a Constitutional Monarchy with a Democratic Republic, with an elected President (the Arlywydd). The President would be politically neutral, not party-affiliated and would fulfill the role of representing the whole nation.

Of the most important principles laying the foundations of their project one could mention : democracy, protection of human rights and fundamental freedoms, promotion of well being and sustainable development, social justice and equality before the law.

Of all the principles enunciated in the PWC, one is totally new though, and deserves some explanations. The authors have termed it ‘the principle of veracity » under art.13 of their proposed constitution. Inspired by the increasingly frequent use by some politicians or political groups of lies, or falsification of the truth, the best known example and by far the worst being of late, Donald Trump’s denying of the US election outcome and incitement to riot, their aim is to make politicians liable for such practices in the conduct of public affairs, rightly seen as dangerous and a threat to democracy.

To sum it up, the co-authors’ work aims not only to promote debate and discussion about the possibility of Welsh independence, but also to encourage a reflection on the principles and values that would underlay that society, that would be the guidelines of Welsh public life.

As they put it themselves : « independence is not a prerequisite to the pursuit of social justice. ». so true ! and yet, modern history unfortunately shows how seldom it’s been taken into account… !

In an article published by IWA (Institute of Welsh Affairs) Dr Evans and Dr Sandry finally comment : « We hope this contribution is a spark to ignite (….) discussion on what a Welsh constitution could one day be. »

Their work has most certainly achieved that goal, and more ! It has also ignited hope and is without doubt a source of inspiration for all nations engaged in the pursuit of empowerment and freedom. 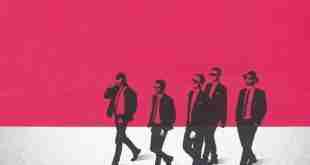