Actualités
Accueil / Lec'h / Etrebroadel / Alan Sandry : « people in Wales were beginning to question the purpose of the UK State »

Alan Sandry : « people in Wales were beginning to question the purpose of the UK State » 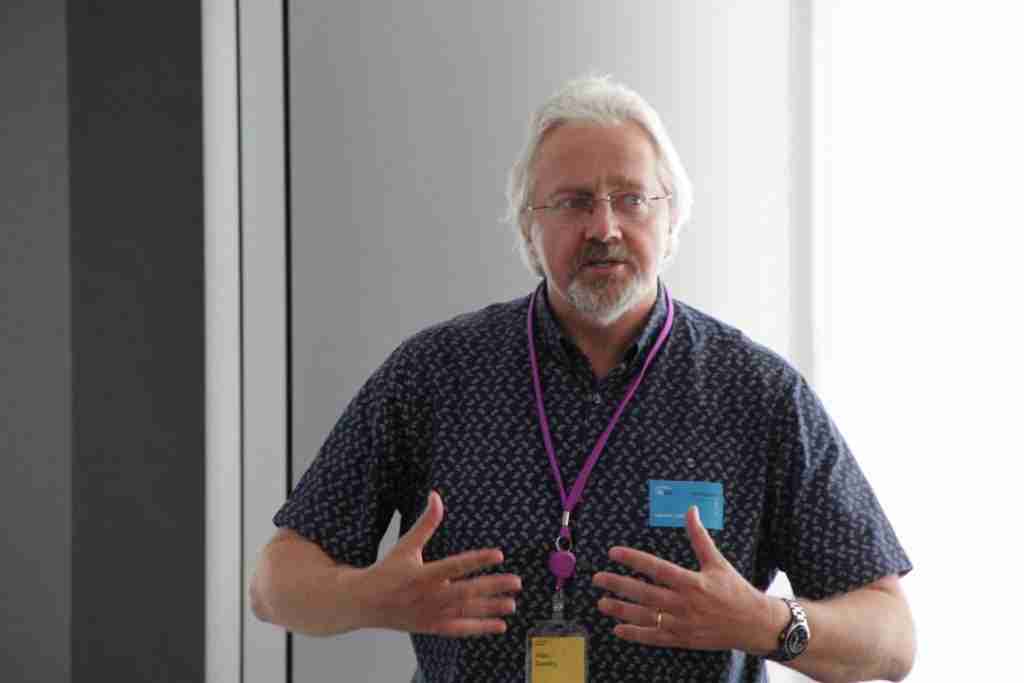 Elections are going to be held soon in Wales. Given the situation in the UK in general, and in Wales in particular, they are of extreme importance. Dr Alan Sandry, Senior Lecturer at the School of Management, Swansea University and co-writer of the Proposed Welsh Constitution has agreed to answer a few questons for « Pobl Vreizh » in order to keep the Breton people informed of what goes on in another Celtic nation very close to us both in geography and history.

PV : In a short period of time, Brexit and the pandemic have caused a lot of changes in the Welsh public opinion. Had you been expecting the situation to evolve that quickly ?

Alan Sandry : It was a little surprising but for several years now people in Wales were beginning to question the purpose of the UK State. Brexit has made people think, in an existential manner, about who they are, and in what communities they wish to associate. The very poor leadership of Boris Johnson and the Conservative Government in London has also led to people looking closer to home for answers to their problems and concerns. This is why the pro-independence movement, Yes Cymru, has gained so much support.

As mentioned before, elections will be held in the UK on 6th May to local councils, the Scottish and Welsh Parliaments. For obvious reasons, this election is of particular importance for Wales. Could you tell us what’s at stake ?

The Labour Party has been the dominant power in the Welsh Parliament for 20 years. They will again be the largest party, meaning they will be the Welsh Government, either alone or in coalition. 51% of Labour Party members have indicated that they would vote for Welsh independence. So, the party is split. This means that they will be under a lot of pressure from their party supporters as well as from Welsh nationalist parties like Plaid Cymru, Gwlad, and Propel, alongside Yes Cymru to hold a referendum on Welsh independence.

For Breton readers, very interested in, but not necessarily aware of the way politics function in the Welsh institutions, could you tell us how many members of Plaid Cymru are holding office at the moment either in local councils or in the Senedd ?

Plaid Cymru has 10 Members of the Senedd (Welsh Parliament) and 202 Councillors across Wales. Plaid Cymru controls 3 Councils (departments). They have 3 Members of Parliament in the UK Parliament.

And how many you would you need to effectively be in the position to significantly change things ?

To win the Welsh election Plaid Cymru would need 31 seats. They will not achieve this but if they hold their 10 seats, or gain more, then they may be in a Coalition with Labour. They can then exert pressure.

Plaid Cymru has published its Manifesto pledging to have the Welsh society transformed by 2030, transfer of power, vote for independence, social justice, sustainable development, public health, or education, a vast program, beacon of hope in terms of democracy and empowerment for the Welsh people. How would you comment on that ?

Plaid Cymru is a left-of-centre nationalist party, who promotes environmentalism, Welsh language and culture. So their Manifesto represents this. They are also pro-European and internationaslist in outlook. They have recently come out strongly in favour of an independence referendum, partly because of the success of Yes Cymru. Plaid Cymru’s leader, Adam Price, comes from a proletarian, Marxist household, as his father was a coalminer. Price is an intellectual, who is well respected in Wales and beyond.

Thank you very much Dr Sandry, we’ll follow the outcome of these elections very closely and dearly hope we’ll soon have reasons to celebrate together with the Welsh people.

Diolch yn fawr ! I also look forward to hearing great things about the advancement of the Breton people. Trugarez.

Share the post "Alan Sandry : « people in Wales were beginning to question the purpose of the UK State »"